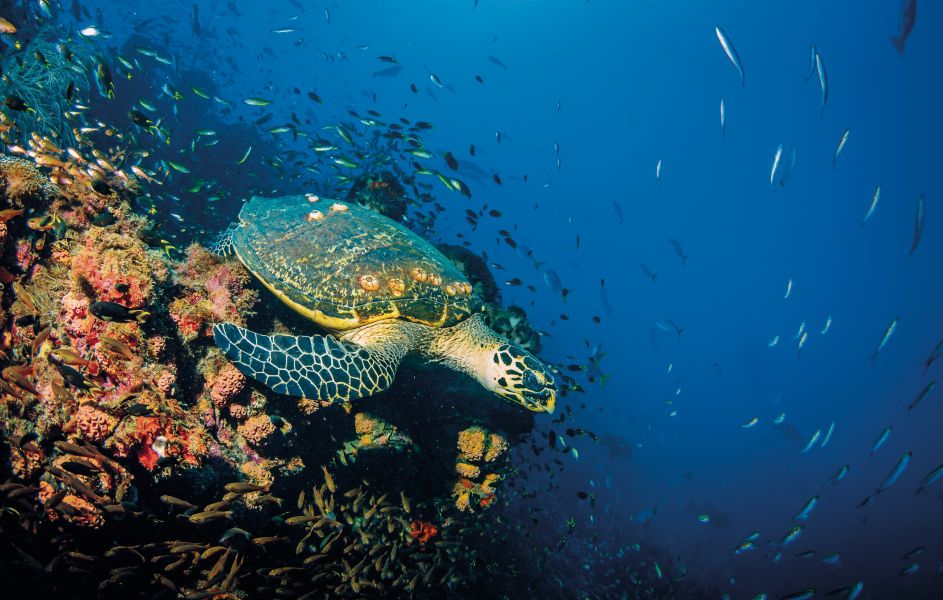 Oh to be a turtle, and cruise the open seas! These majestic beauties are a treasure of our aquatic backyard, and we're so lucky to regularly spot them along the North Queensland coast.

In celebration of our underwater friends, we've dedicated an entire blog to the humble turtle, and have even included a colouring-in page (don't worry we won't tell the kids you printed yourself a copy!)

Marine turtles are often called the ancient mariners of the sea. They have been swimming in the sea for more than 150 million years, first appearing during the age of the dinosaurs.

Turtles have changed little over the millennia, now only coming ashore to lay eggs, producing another generation to swim the seas.

Much of the information known about marine turtles in the Great Barrier Reef World Heritage Area comes from research conducted over the past 30 years by the Queensland Turtle Conservation project of the Department of Environment and Heritage Protection and from the local knowledge of Indigenous people and fishers.

Six of the world’s seven species of marine turtle live in the waters around Australia, and all occur within the Great Barrier Reef World Heritage Area. Some species such as the loggerhead and green turtle are seen frequently, while others such as the olive ridley and leatherback are known to occur in the Great Barrier Reef but are seldom seen. You can find out how to distinguish each species with the marine turtle identification sheet. 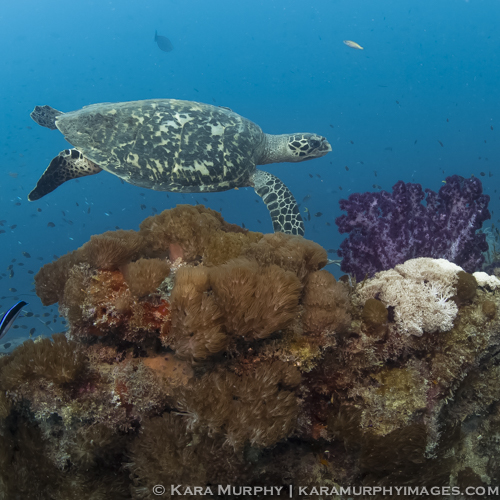 Top places to see a turtle in Townsville North Queensland

Marine turtles (and even the freshwater variety) can be found right across the Townsville North Queensland region. As the gateway of the central section of the Great Barrier Reef, why not dive a little deeper and chance a swim with the turtles at one of these amazing local spots:

Great place to start, and we're lucky to have access to some of the most amazing coral reefs right on our doorstep. Access from Townsville, Hinchinbrook region, or Ayr.

The fringing reef accessible right off the beach on Magnetic Island is another great location, frequented by the gentle turtle. See them glide through the depths, and even swim along with them (keeping your distance, of course) just like in this video taken in Arthur Bay.

Listed as one of the world's top dive sites, the SS Yongala is alive with an abundance of marine life - including the humble marine turtle. Often seen perusing the coral menu, this location is a winner and also makes for some great photo opportunities!

While it may be currently closed for refurbishments, be sure to keep this one on your list! A great place to see wild turtles in their Turtle Hospital as they under go dedicated care and rehabilitation. Join their educational turtle talk, and tour of the Turtle Hospital to learn all about these majestic creatures of the sea - and the best part - you can stay dry!

Read more below about how you can help the marine turtle! 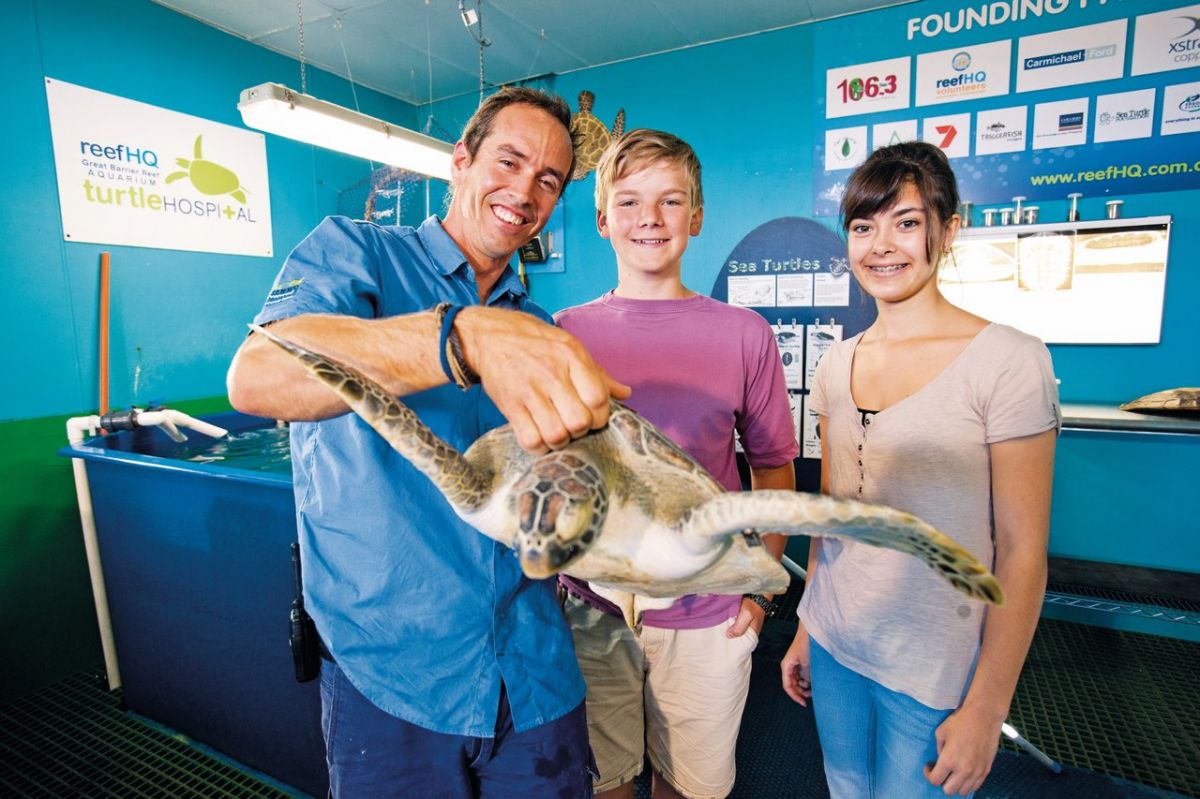 1. Six of the world’s seven species are local residents along the Queensland coast. Leatherback, green turtle, loggerhead turtle, hawksbill turtle, flatback turtle and Olive Ridley turtle are all regular visitors to our shores.

2. Turtles are global citizens. You can find sea turtles on every continent except Antarctica.

3. Turtles have been exploring the ocean’s depths for more than 120 million years, evolving long before mammals, birds, snakes, and lizards. It makes sense now how they’ve coined the nickname ‘ancient mariners’.

4. It’s a tough life: it’s estimated that only one out of a thousand hatchlings will survive the journey out to sea and to adulthood.

5. Of all the world’s turtles, the largest are leatherbacks. When fully grown, these gentle giants measure two metres in length and weigh up to 900 kilograms. 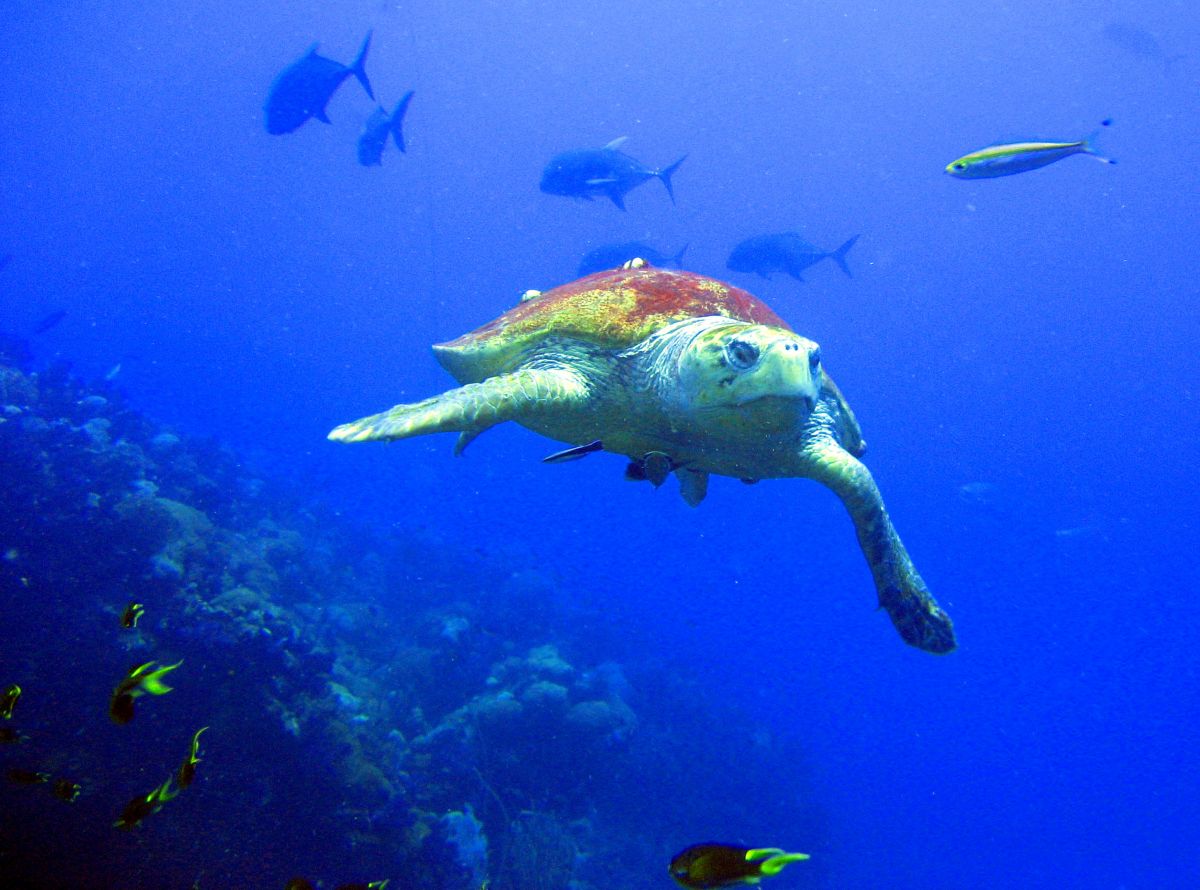 6. Don’t judge a book by its cover. Tor turtles have impressively sharp senses. They boast an acute sense of smell underwater in particular, and it’s this skill which helps them to locate food when water is a little murky.

7. Turtles like to nest on more secluded stretches of sand (which is why the Great Barrier Reef is a favourite). Warm sand incubates eggs, with young hatching 45 to 70 days after being laid, depending on sun exposure.

8. A hatchling’s sex is dependent on the temperature of sand in which the nest sits. Cooler nests produce more boys and warmer, more girls.

9. The shell of a sea turtle is incredibly strong; dubbed the carapace it is made up of about 50 different bones. The underside of the shell is called the plastron.

10. After hatching, baby turtles immediately make the dangerous journey to the ocean, not returning to the sandy shoreline for at least 30 years until they’ve reached sexual maturity. Bonus extra. Turtles absorb and collect oxygen through the skin on their neck and flippers, meaning they can remain underwater for four to seven hours. During this time, their heart rate drops as low as one beat every nine minutes. 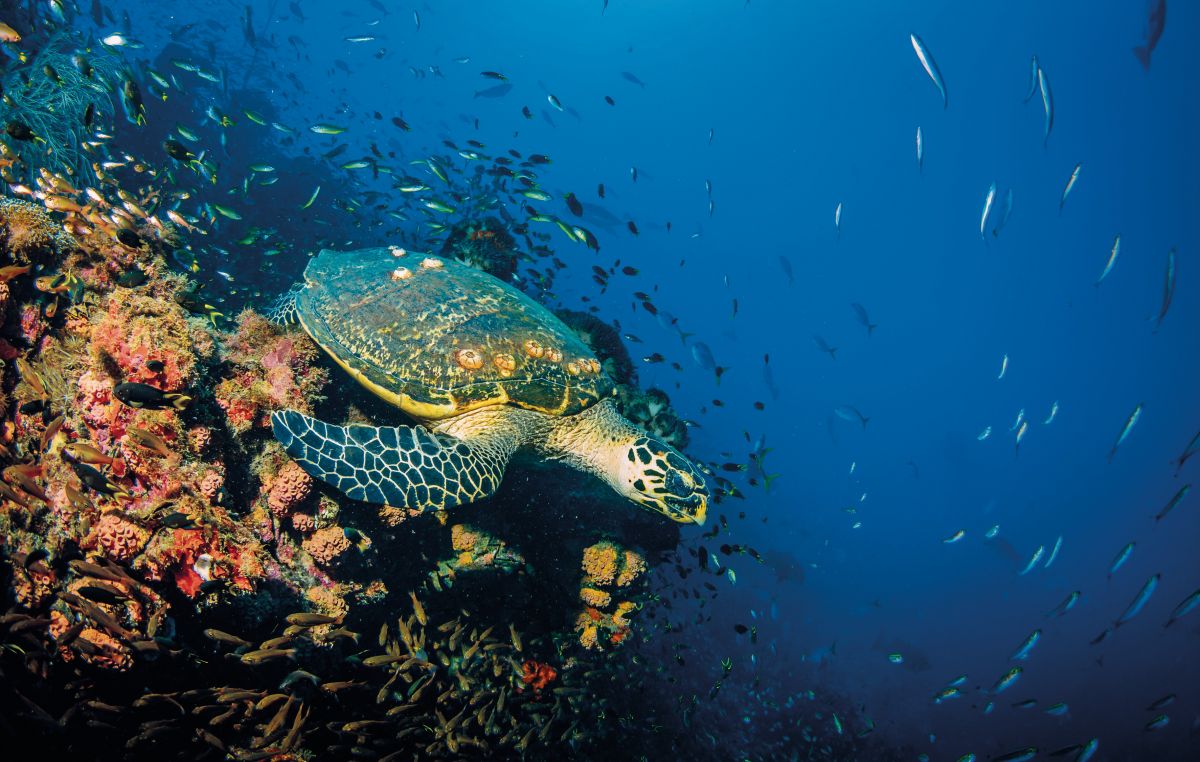 Want to help? Here's how:

Or check out this Queensland.com blog to find other eco-friendly ways to travel and help our ancient sea mariners.

Your must-do eco bucket list for Townsville North Queensland The ultimate 3-day itinerary to Magnetic Island The Towers Top 10! Get fit without the gym 20 ways to make memories these school holidays! Views to make you feel on top of the world