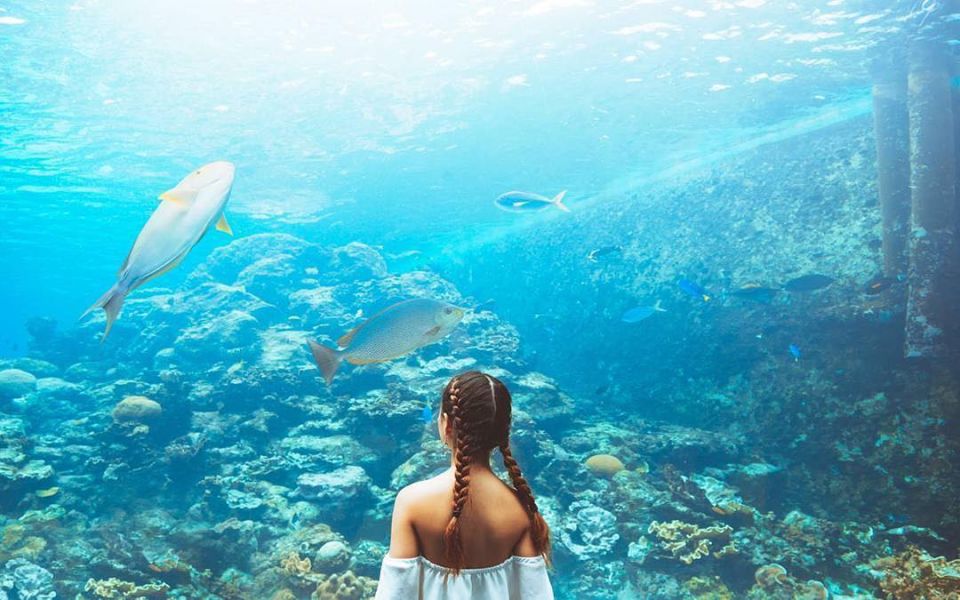 Hitting that holiday sweet spot is different for every traveller.

Whether it’s hiking a jurassic trail or diving the wonders of the reef, whatever your style, we’ve collated (in no particular order) Townsville North Queensland’s best of the best experiences in this holiday hot list.

1 Get the lay of the land from atop Mount Stuart, with panoramic views across Townsville.

4 Fancy a pub with no beer…. outrageous! That was once the case for The Pub with No Beer at Lees Hotel in Ingham, made famous by Slim Dusty. Thankfully, this predicament is no longer, so head on over and grab a cold one.

5 If it’s a night on the town you’re after, put on your dancing shoes and head to Flinders Street East.

6 Feed a freshwater croc and cuddle up to a dingo at Billabong Sanctuary.

7 Enjoy two-for-one pizzas at Donna Bionda, $2 tacos at The Courtyard, or fill a table, and your tummy, with Korean, dumplings, gyros, or tapas on City Lane’s Tasty Tuesday. #nomnom

8 Tick off an Australian wonder when you road trip two hours north-west of Townsville to Wallaman Falls – the highest permanent single-drop waterfall in the country.

9 Discover the flourishing bommies and historical wreck relics that lie beneath the waters off Magnetic Island on a self-guided snorkel trail.

10 You can always rely on Townsville’s Beachfront, The Strand, for delivering hours of family fun. Spend a day to-ing and fro-ing between the rock pool and water park before cooking up a feast on the free BBQs. 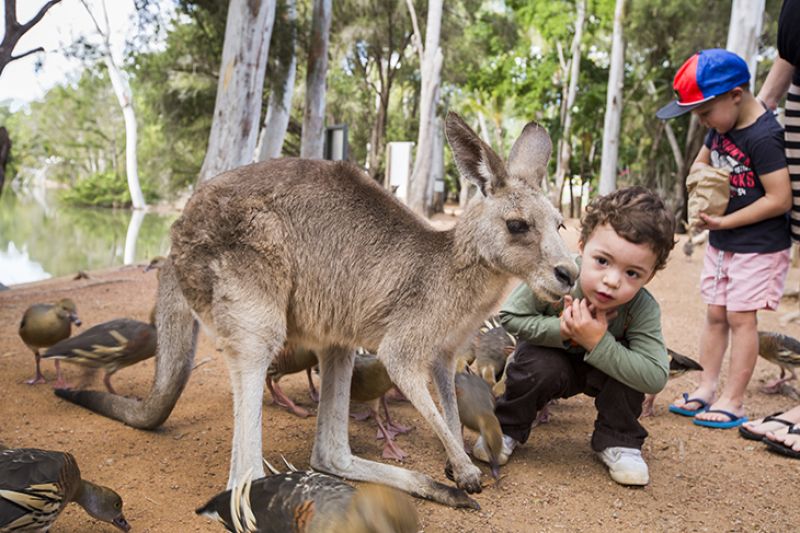 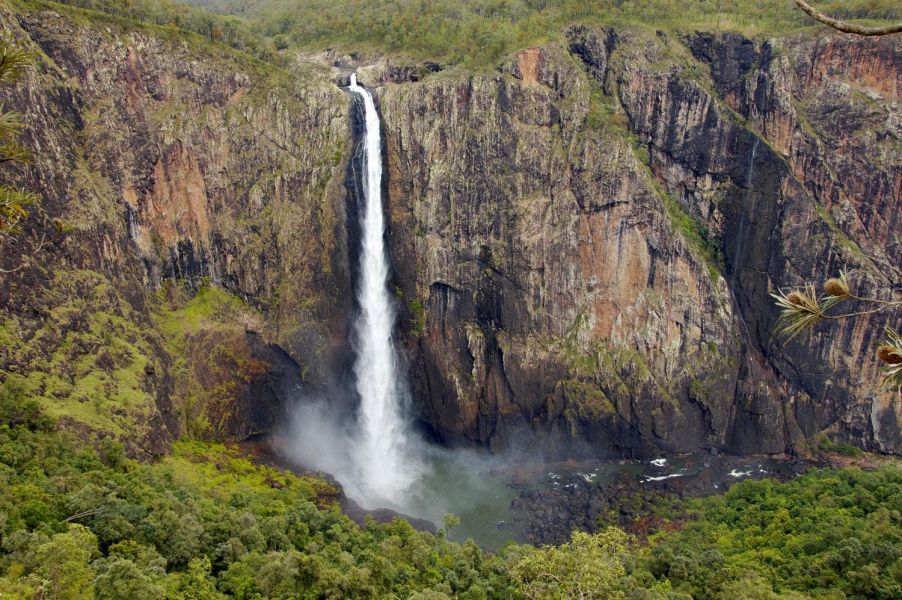 11 Catch a sorbet sunset from the best spot in Charters Towers, Towers Hill.

12 The Burdekin is home to Australia’s most successful professional female golfer, Karrie Webb. If you’re stopping by Ayr, enjoy a round at her local golf club.

13 Make like a local and get your caffeine fix from the funky Hoi Polloi Espresso Bar down Denham Lane.

15 Hop on a trike tour with Crikey Trikey Joy Rides, because as well as seeing the sights in style, it’ll be the only time you have a good excuse to wear a leather jacket in North Queensland.

16 Get your superfood kick-start with an acai bowl from The Beet Bar or Squeeze Me.

17 Take your camera on a landscape adventure through the farmlands and lush green canefields of The Burdekin.

18 Strike out (in the best way) at Kingpin Bowling or the Townsville Tenpin & Fun Centre.

19 Eat all the Peking Duck you can handle at Miss Song’s, accompanied by some tasty cocktails before trying your luck at the casino.

20 Go old-school on date night at one of the region’s drive-in movie theatres – Tors Drive-in Cinema in Charters Towers or Stardust Drive-in in Ayr. 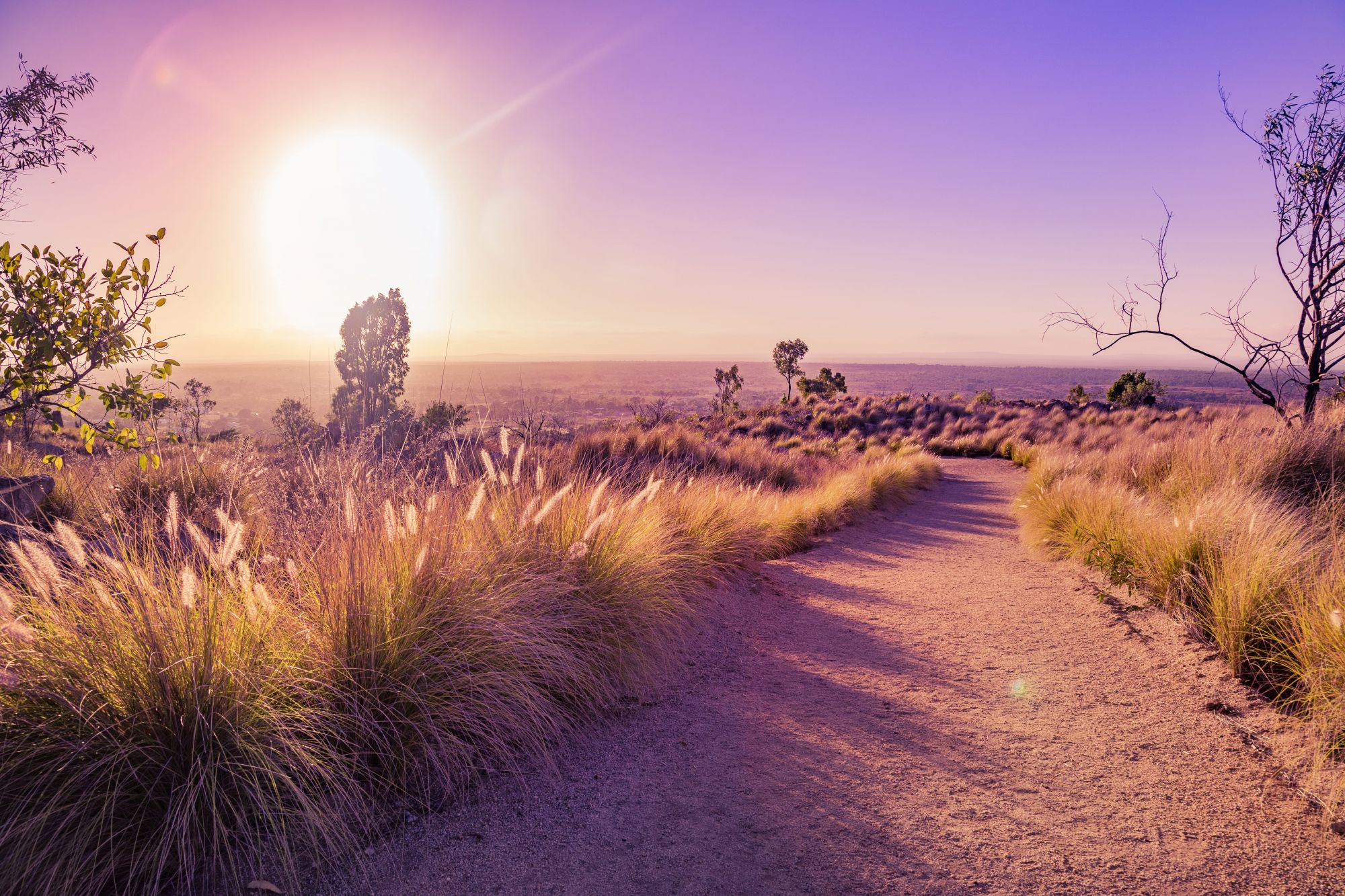 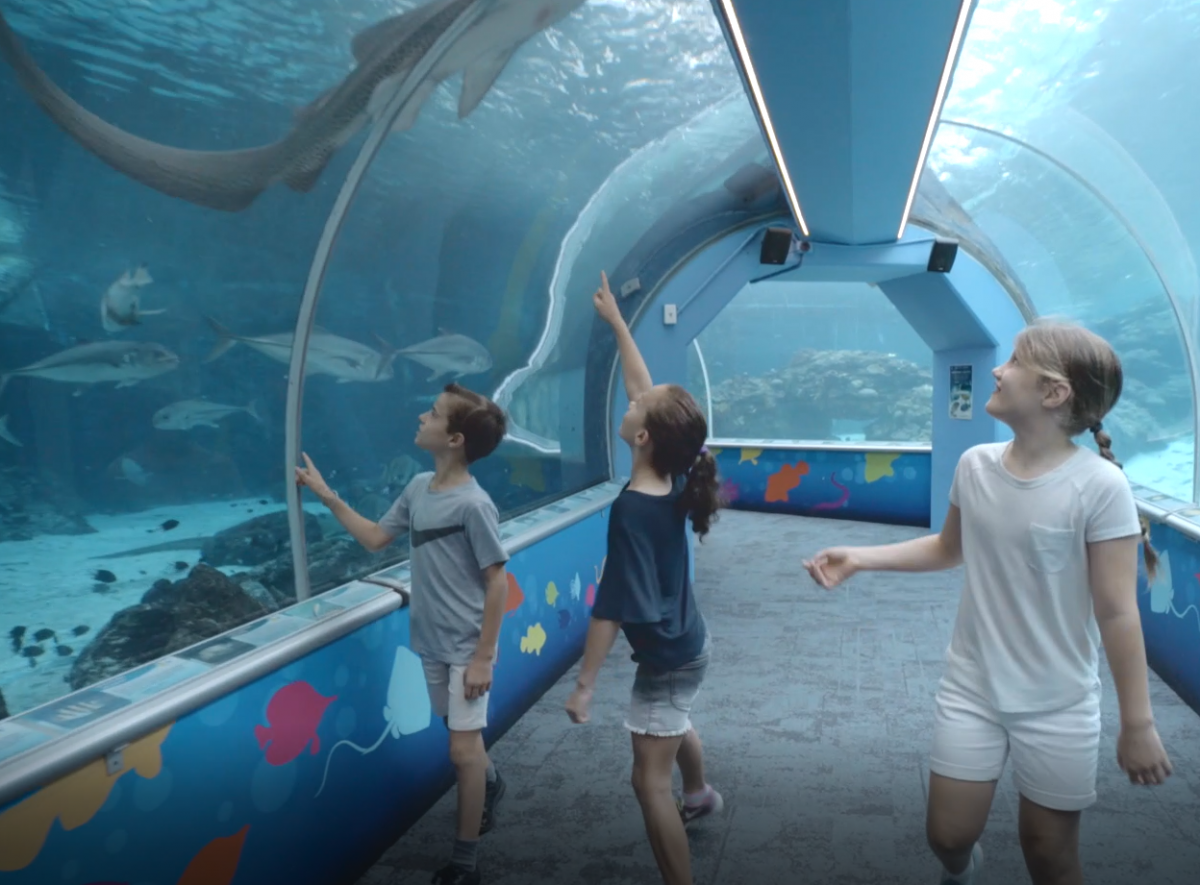 21 From navigating the high seas aboard the HMS Pandora, to uncovering stories behind Indigenous artefacts, get hands-on amongst the collections at the Museum of Tropical Queensland.

23 Grab a scoop of creamy deliciousness at Juliette’s Gelateria on The Strand.

24 Don your cowboy boots on a horse-drawn wagon ride with Texas Longhorn Wagon Tours & Safaris to meet JR, the bull with the longest horn spread in the world according to 2013 Guinness World Records.

25 Tuck into the best breakfast in Australia (as crowned by the Savour Australia Restaurant & Catering Awards for Excellence) at JAM on Palmer Street.

26 For a short and sweet cardio fix, hit up the Goat Track on Castle Hill.

27 Don’t forget your camera as you stalk the alleys and laneways of Townsville uncovering the city’s secrets through street art.

28 Bid in a cane toad race at the Arcadia Village Hotel on Magnetic Island. It’s all in good fun and proceeds are donated to the Surf Life Saving Club.

30 Head to the rooftop bar at glampackers resort, Rambutan, to feast poolside on tacos, fried chicken, and lazy cocktails. 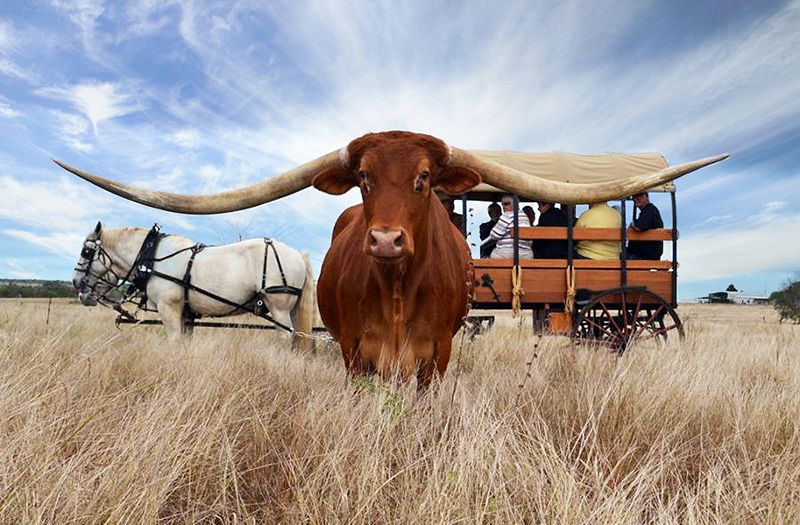 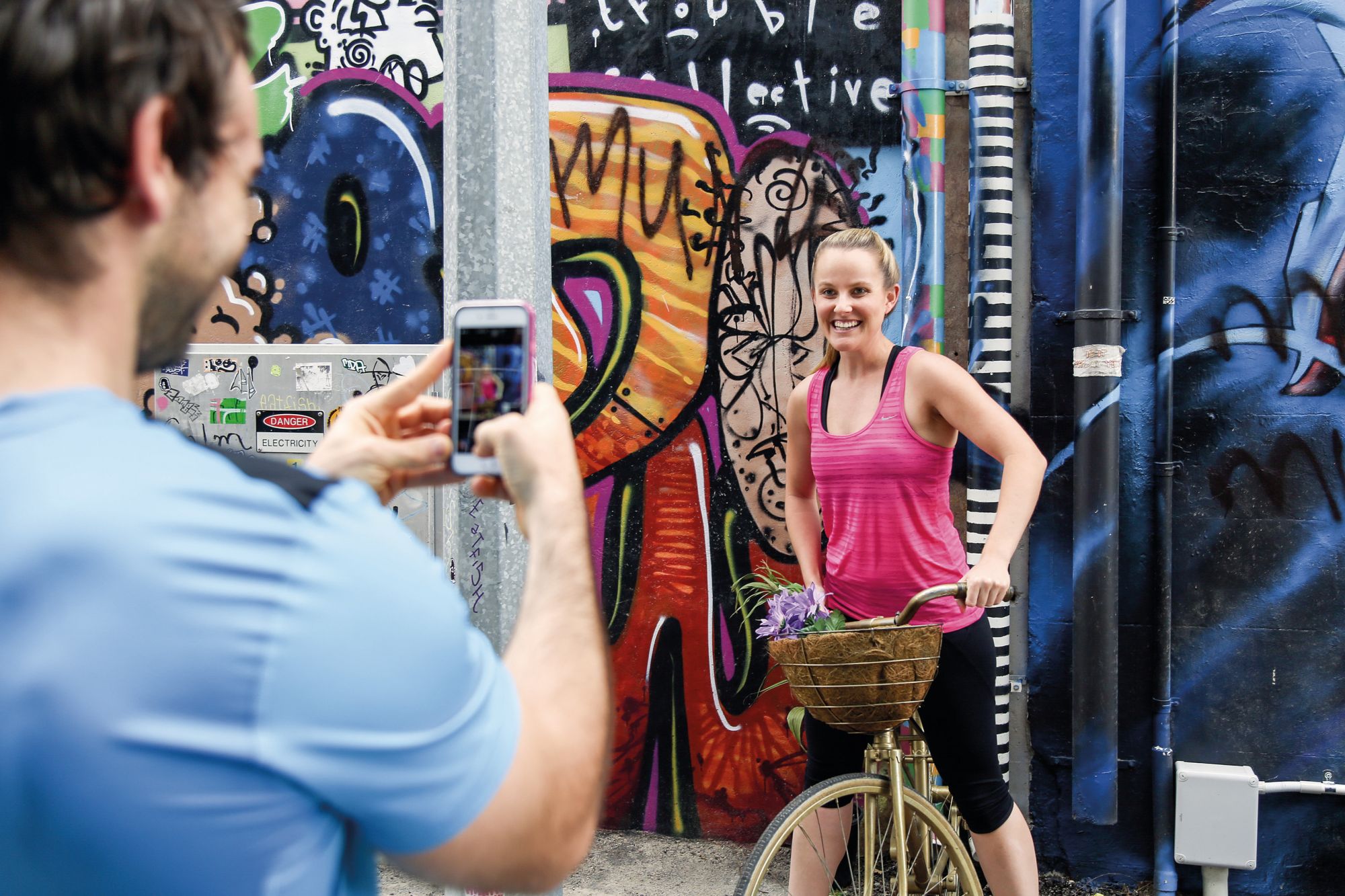 31 The SS Yongala is a total bucket-list shipwreck, but if you haven’t got a dive certification yet, you can start from scratch and tick off all the certifications in one trip with either Adrenalin Snorkel and Dive or Yongala Dive.

32 After just 1.5 hours on the Charters Towers Historical Walking Tour, you’ll have a trivia master’s knowledge of the town’s golden days and a new appreciation for 1800s architecture.

34 Fish off the jetty at Picnic Bay on Magnetic Island. If you’re lucky, you might even spot a turtle or a dugong!

35 Become a master of the waves and winds when you learn to kitesurf with Intheloop.

36 Uncover the spooky past of Charters Towers on a ghost tour through the old city centre after dark.

37 Ahoy nautical buffs, you’ll get a kick out of the Townsville Maritime Museum. It even has its own model boat building room and lighthouse.

38 Knock back a bottle of Whitbread’s fizzy goodness. The Charters Towers company is one of the oldest surviving small-town manufacturers of soft drinks – serving for the past 120 years.

39 Go topless (by car, that is) when you hire a Topless Car and drive around Magnetic Island.

40 Vroom vroom your way to victory on the track at Pitstop Karting. 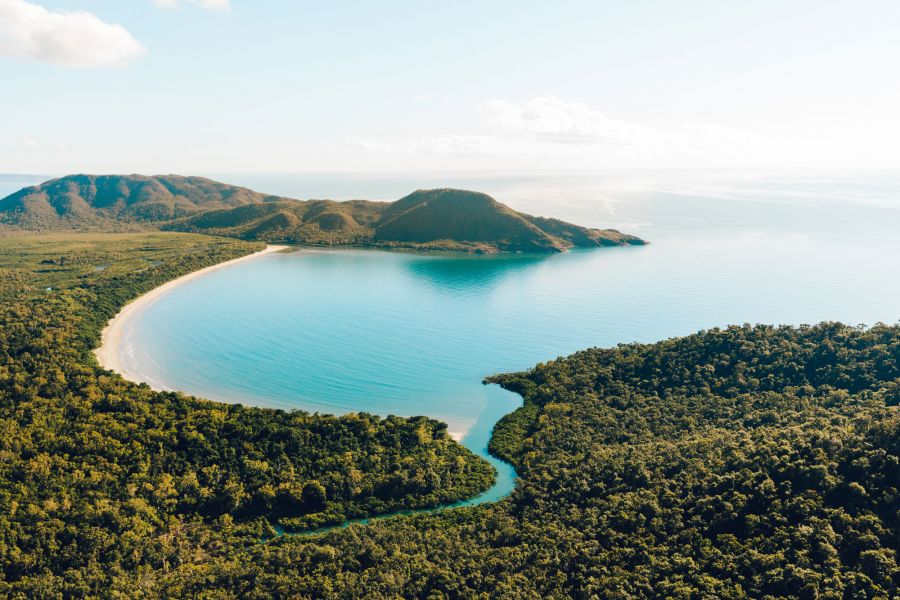 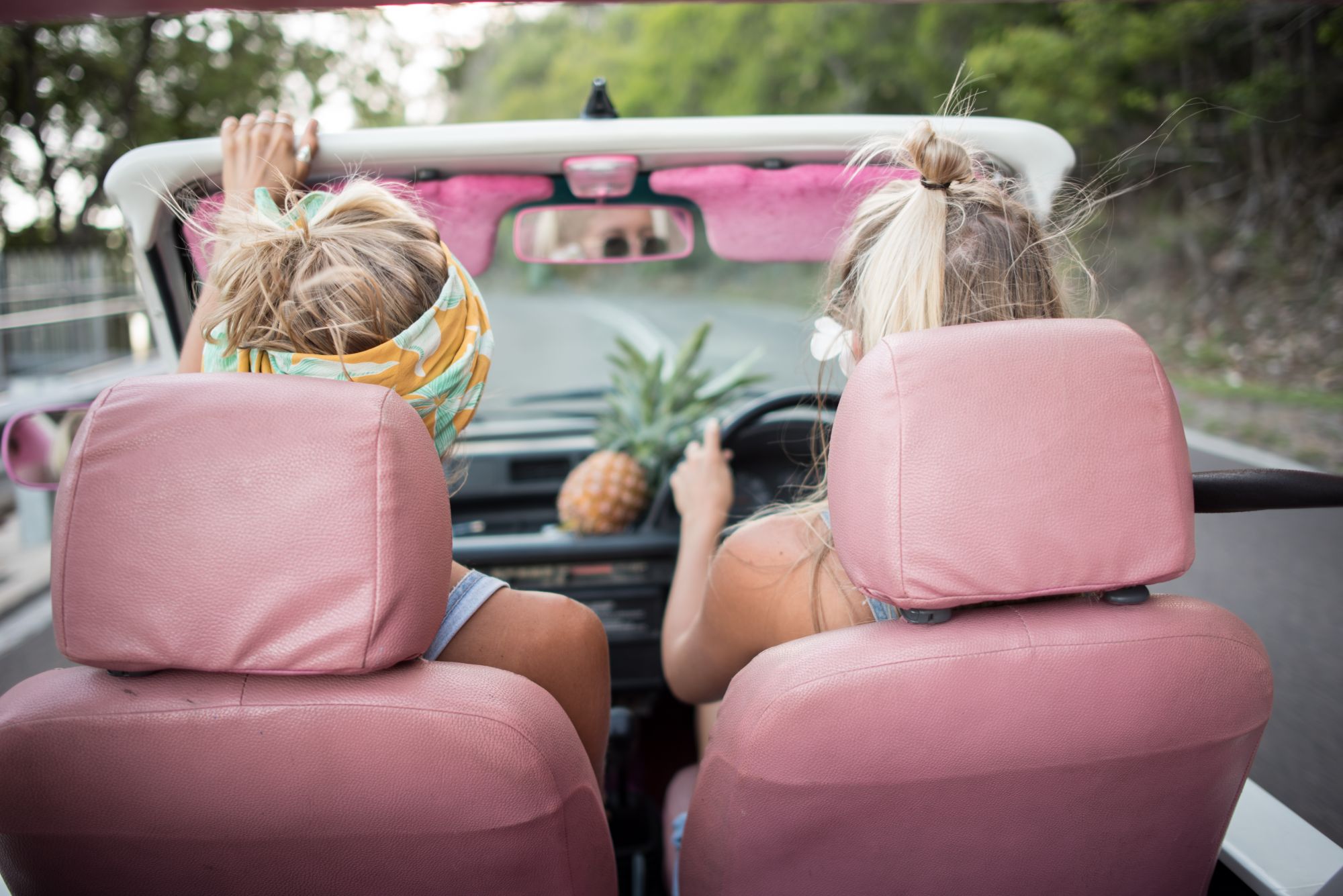 41 It’s not often one seeks out a giant carpet snake, but you’ll want to take a look at the 60-metre artwork of Gubulla Munda, the Aboriginal totem and protective spirit for the Birri Gubba people in The Burdekin.

42 Take your fishing adventures to new heights when you scout the most untouched locations via helicopter with Hinchinbrook Adventures.

43 Learn to sail at the Townsville Yacht Club on their social Wednesday Twilight Sails.

44 Whether you’re a lap enthusiast or err towards lazy lounging, head to the Riverway Lagoons to cool down.

45 Pour your own brew at The TapHouse craft beer bar in City Lane.

47 Mountain bike through the open woodland and rocky shores of Cape Pallarenda on the ‘Under the Radar’ trail.

48 Go back in time to the gold rush era of Charters Towers on a tour at the Venus Gold Battery.

49 Celebrate the rich history of Townsville on a self-guided walking heritage tour of the city.

50 Make an entrance worth bragging about when you jump from 14,000 ft and land on the beach at The Strand or Magnetic Island with Skydive Townsville.

Check out our next 50 here!

Your must-do eco bucket list for Townsville North Queensland The Towers Top 10! Get fit without the gym 20 ways to make memories these school holidays! Views to make you feel on top of the world Ditch the device: Top 3 ways to reconnect without the tech